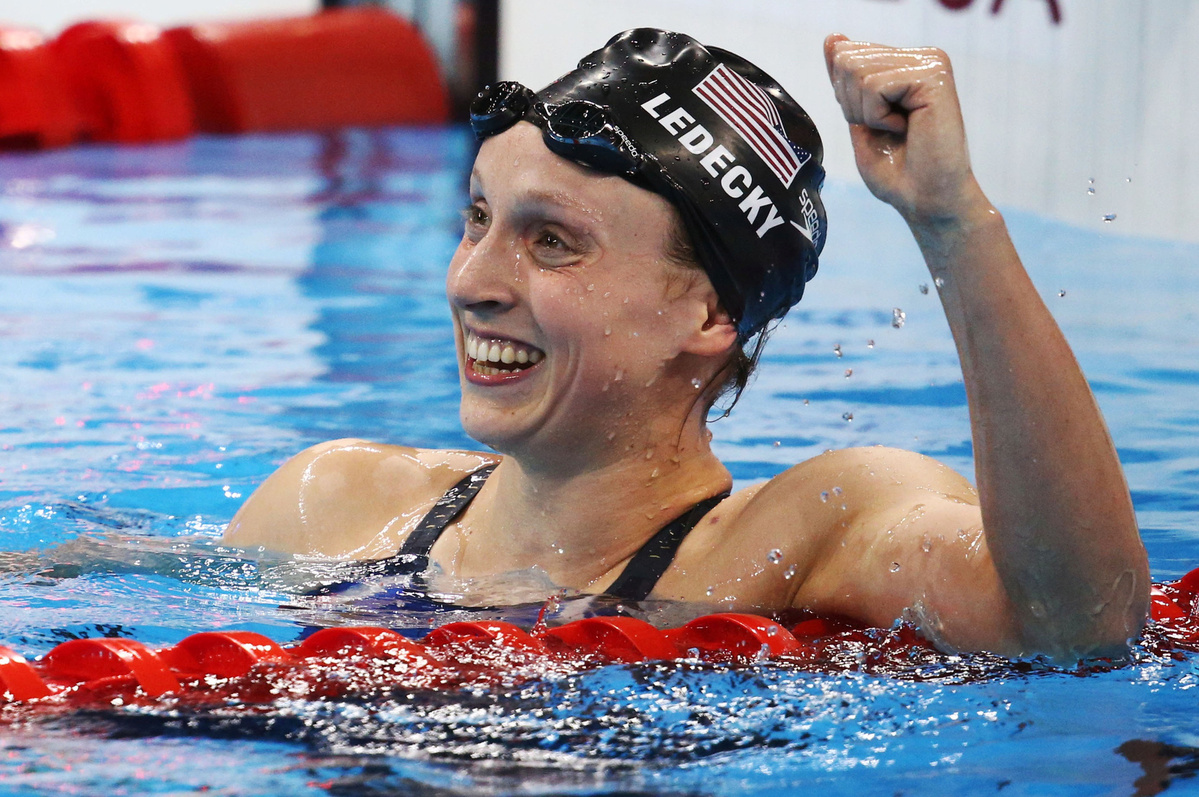 Five-time Olympic gold medalist Katie Ledecky is powering through the uncertainties of the COVID-19 pandemic, her sights still firmly set on making history at the rescheduled Tokyo Games.

The US freestyle great, whose 15 world titles are the most of any female swimmer, adapted and adjusted along with the rest of the world in 2020, but she isn't giving any ground when it comes to her goals in the pool.

"I feel very good about those goals and feel like they still are in place for this year," Ledecky said in a video conference as she prepared to travel to a swim meet this week in San Antonio, Texas, her first such trip in a year.

It's another step on the road to Tokyo, where Ledecky is eyeing an ambitious program that she hopes will see her claim the first women's 1,500m gold medal ever awarded at the Games.

"I'm really excited that the 1,500m free is in the Olympics for the first time for women and that there's parity in the schedule between the men's and women's schedules," she said. "It's been a long time coming.

"I know the history of US women's freestyle swimmers and I know there are a lot of women's freestylers that haven't had those opportunities that I've had and didn't have the opportunity to swim the 1,500 or even other events in the Olympics," said Ledecky, who will also be targeting the 200, 400 and 800 freestyles and the 4x200 free relay.

"So I'm going to take up the opportunity and hopefully get Team USA started on the right note for that event moving forward."

The odds are certainly in the world-record holder's favor, and Ledecky said she feels well prepared despite the upheaval of California's coronavirus lockdown last March and the continuing changes to health protocols.

For three months she made do swimming in a backyard pool and lifting weights in her apartment as facilities at Stanford University were shut down.

"Since the middle of last June is when Stanford reopened. We have a lot of different protocols, one per lane or one per household. So I live by myself so I've been one per lane for the past year," she said.

She and her training partners are tested three times a week, and Ledecky thinks she's well prepared for whatever health and safety protocols she'll have to follow both at the US trials, now scheduled for June, and at the Olympics, scheduled to start on July 23.

"It'll be a different Olympics," said Ledecky, a veteran of the 2012 London and 2016 Rio Games. "It'll look and feel different.

"I'm trying to learn as much as I can about the protocols that will be in place so that nothing will catch me by surprise and I can have the best performances that I can have."

Ledecky is hoping she and other US team members will have been vaccinated against COVID-19 by then, but she won't jump the queue to be inoculated.

"I feel pretty strongly that we all have to get it when it's our turn," she said. "I really hope that's soon for all of us."

Regardless of vaccine status, "we're going to have to do the exact same things, the mask wearing, the distancing, the testing," she added.

Ledecky is also trying hard not to get caught up in any speculation that the Games might not happen.

Coronavirus cases surged in Japan in January, when polls showed some 80 percent of people in the country thought the event should be canceled or postponed again.

"I'm preparing as though the Games are on and I'm trying not to think about all the speculation," Ledecky said. "It's difficult to block everything out, but I'm very focused.

"I don't want to get to Tokyo and have any regrets about my training or preparation."